At WLP, we are committed to helping business grow and improve, and will help you implement the strategy that is most effective for your business.

WLP has been helping business grow and develop since 1991.

Wilson, Lee & Partners a limited company was incorporated by Norman Wilson, Timothy Lee, Anthony Cheeseman, Steve McCracken, Phil Rawling.
Between us they had expertise across a wide range of industries, management experience and skills in each of the areas covered by the Enterprise Initiative for the DTI.
They all came from Morton Hodson a consultancy franchise that had became involved in another business involving a property investment which went wrong so was liquidated.
A phoenix was formed, and the other 45 consultants joined but the founders of WLP did not as they had the skills needed and occupied the East of England region of the franchise.

They had a 2 hour meeting and decided the principles on which they would work and the name. In the meeting they felt that other combinations sounded like “jeans brands or Scottish solicitors”.

They chose to use a distinctive yellowish none smooth paper and a blue Futura Lt Book font. These made our letters, the main mode of communication then, stand out.

They all qualified with the Institute of Management Consultants and became a practice within the institute. They obtained registration to ISO 9001.
Early on they charged a heavy fee for becoming an associate but then did not support the associates appropriately. By 1996 Steve McCracken and Phil Rawling had left for jobs.
It was decided that the model for associates was not fair, so it was changed.
1996
Company reformed. At the end of 1996 Don Pearson and Norman Wilson formed a limited company with Tim Lee as a privileged member.
Tony Cheeseman had helped a client sell a business and went to work for the acquirer and then his client.
1998
Gill Smith joins she is the longest serving person at WLP after Norman
2001
Expands to new offices at 11 Ventura House, Watton, Norfolk as staff numbers grew.
2002
In 2002 the model changed to include a monthly fee for consultants.
2004
Rebranded as WLP
2016 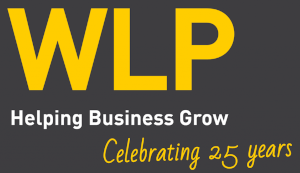 The business and directors are looking forward to and planning for the next 30 years and beyond.